Circle Chart (formerly known as Gaon Chart) has revealed its chart rankings for the week of July 24 to 30! 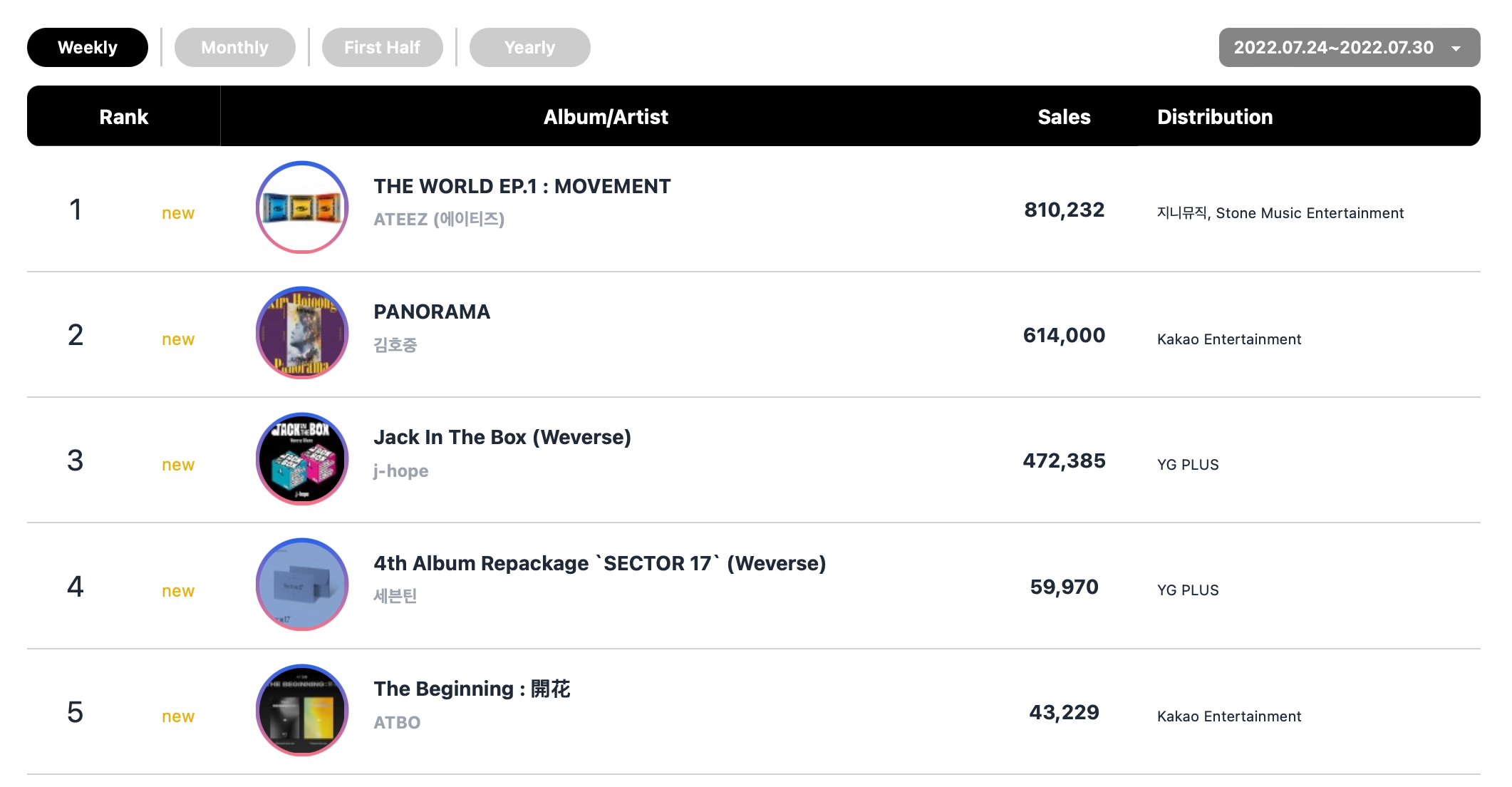 The top five songs on this week’s overall digital chart and streaming chart were exactly the same: WSG Wannabe (Gaya-G) maintained their double crown by topping both charts with their hit song “At That Moment,” while WSG Wannabe (4FIRE)’s “I Missed You” remained No. 2 on both charts. 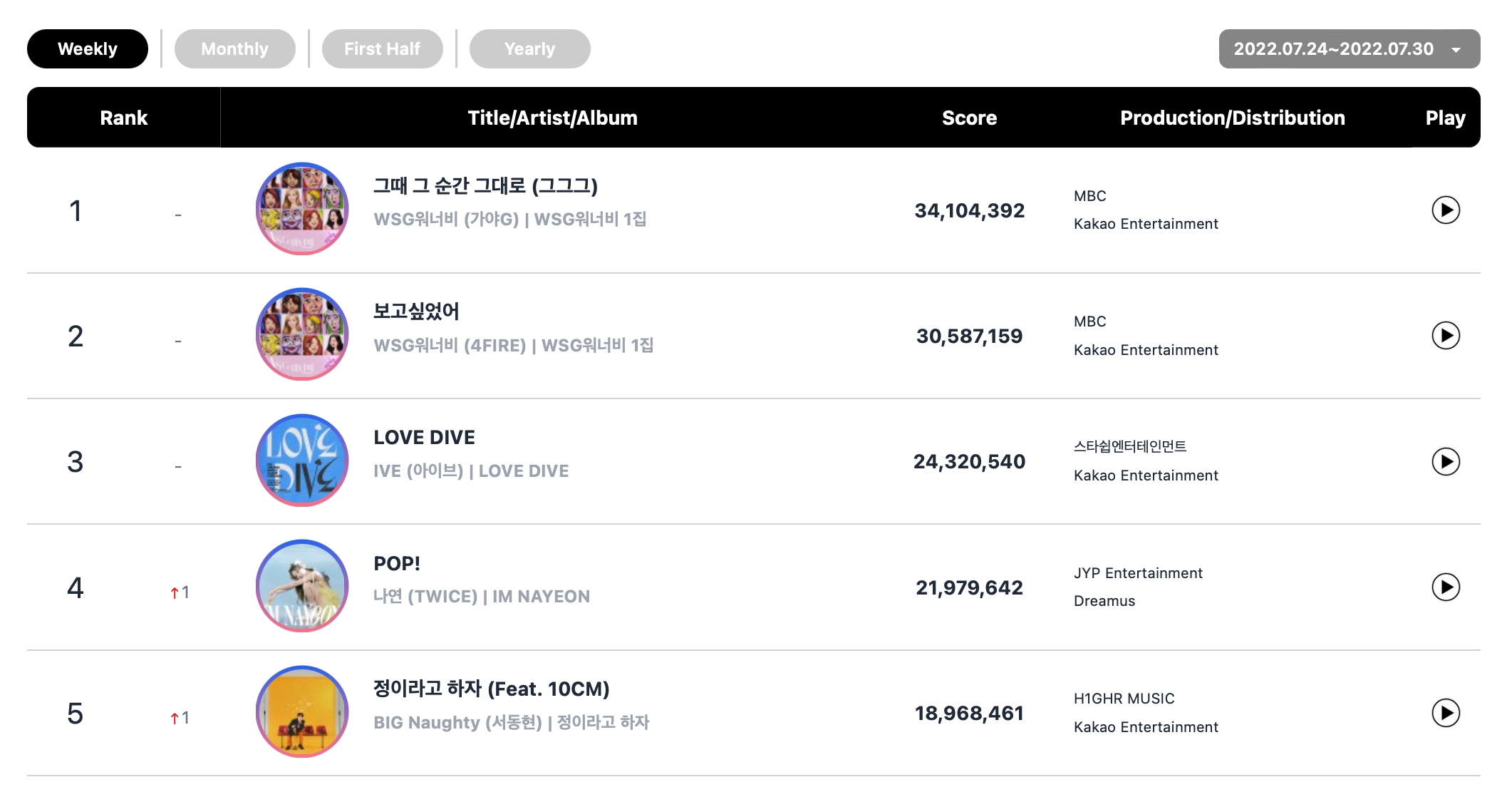 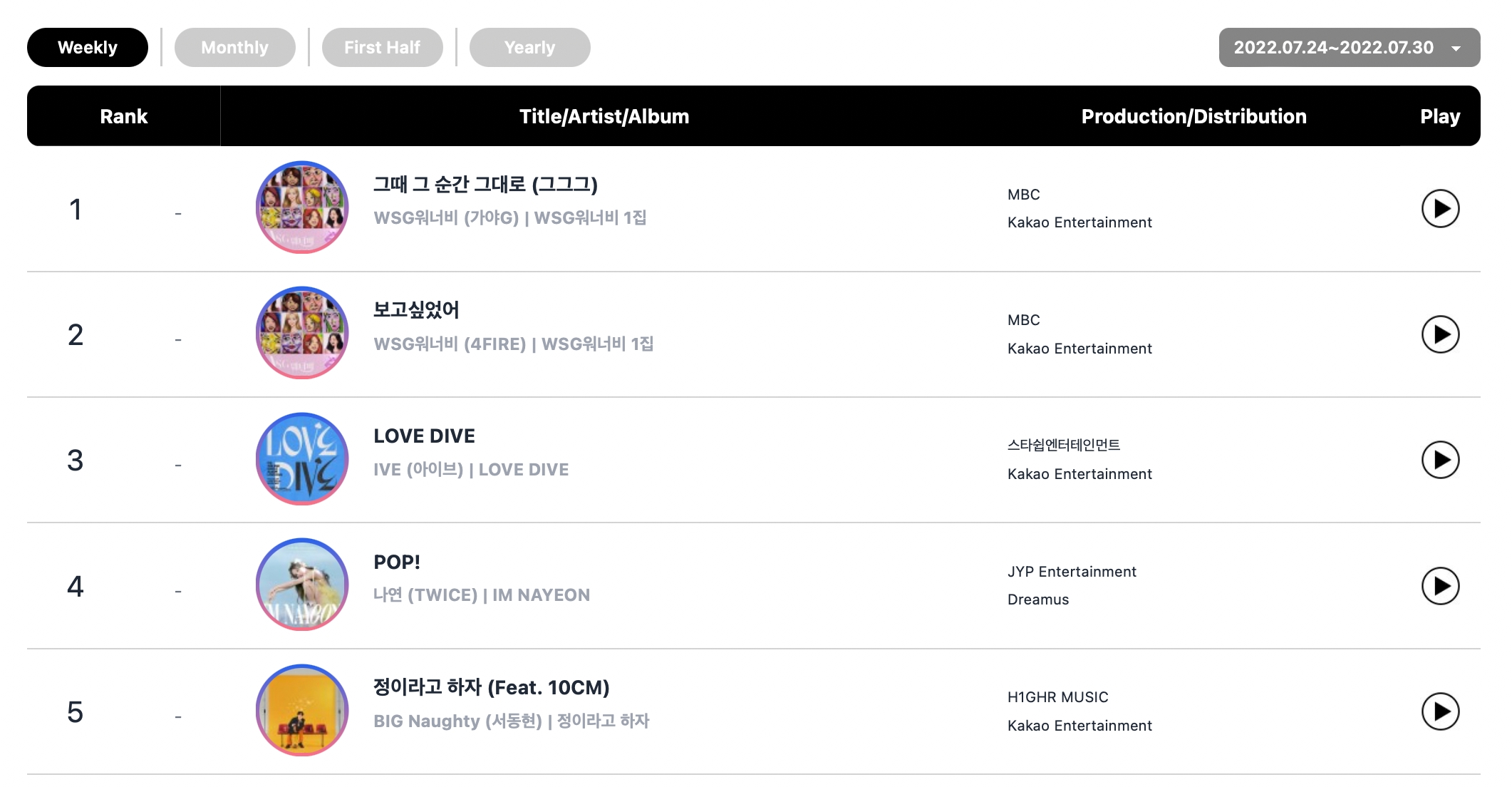 Kim Ho Joong swept the top two spots on this week’s digital download chart, with his songs “Promise” and “PANORAMA” debuting at No. 1 and No. 2 respectively. 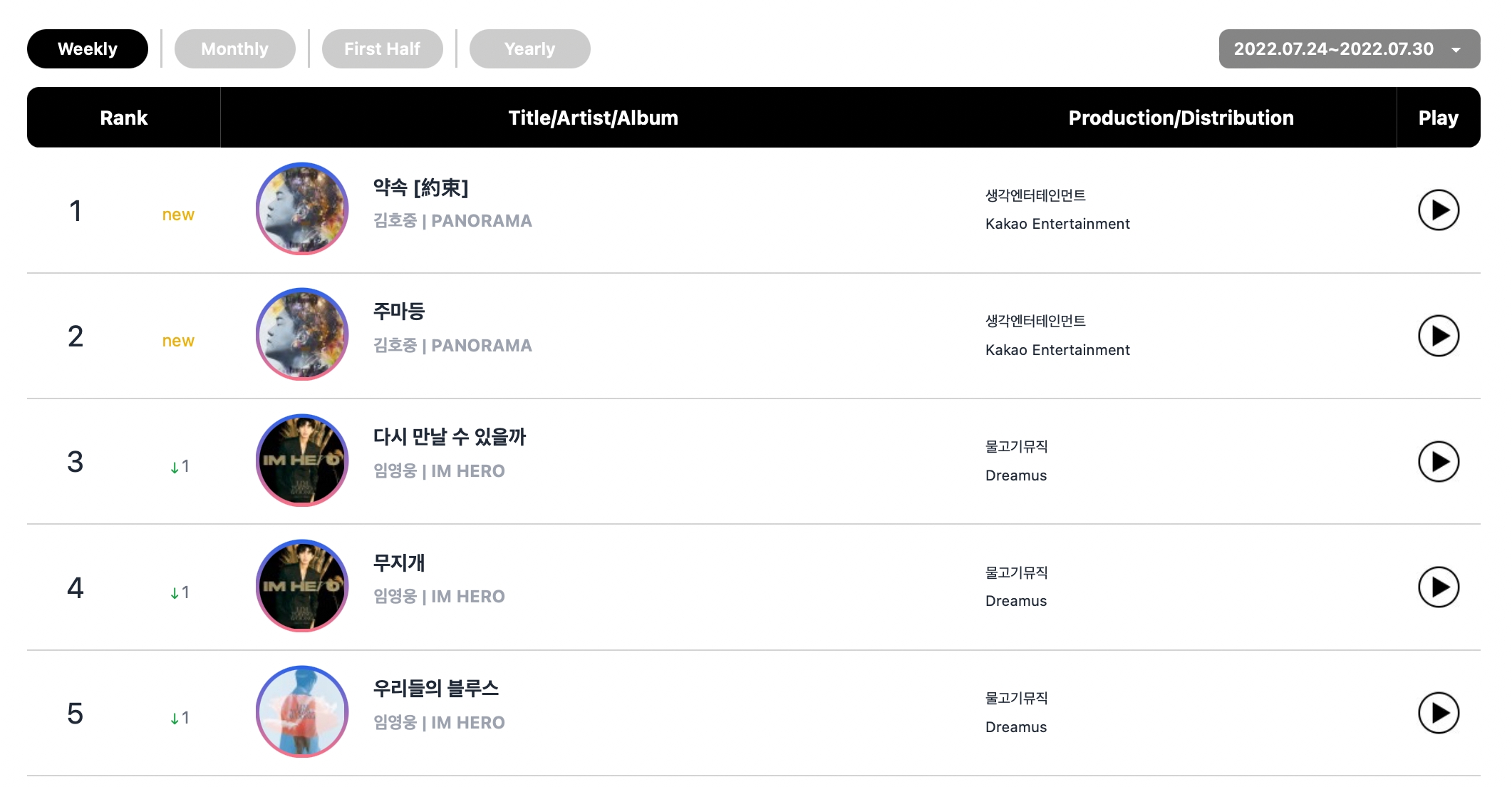 Nayeon’s “POP!” continued its reign over Circle’s brand-new Global K-Pop Chart (which is based on global streaming) for the fourth consecutive week, maintaining its perfect streak at No. 1 ever since the chart’s launch last month.

IVE’s “LOVE DIVE” similarly remained No. 2 for the fourth week in a row, while aespa’s “Girls” also held onto its spot at No. 3 for a third week.

Rounding out a top five dominated by female artists, ITZY’s new title track “SNEAKERS” climbed to No. 4 for the week, while LE SSERAFIM’s “FEARLESS” rose to No. 5. 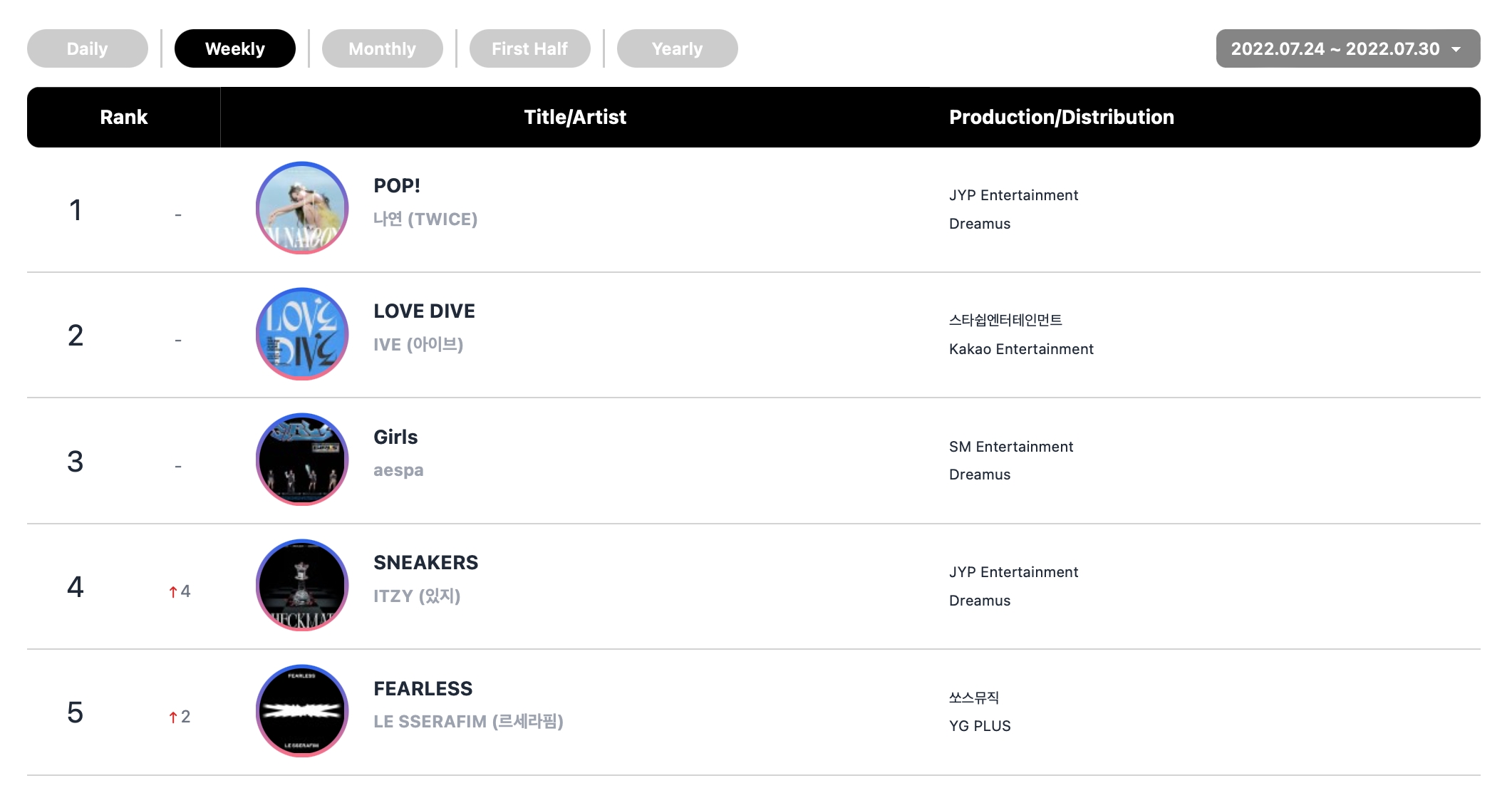 The top five artists on this week’s social chart remained exactly the same as last week: BTS held steady at No. 1, BLACKPINK at No. 2, Jessi at No. 3, BLACKPINK’s Lisa at No. 4, and Lim Young Woong at No. 5. 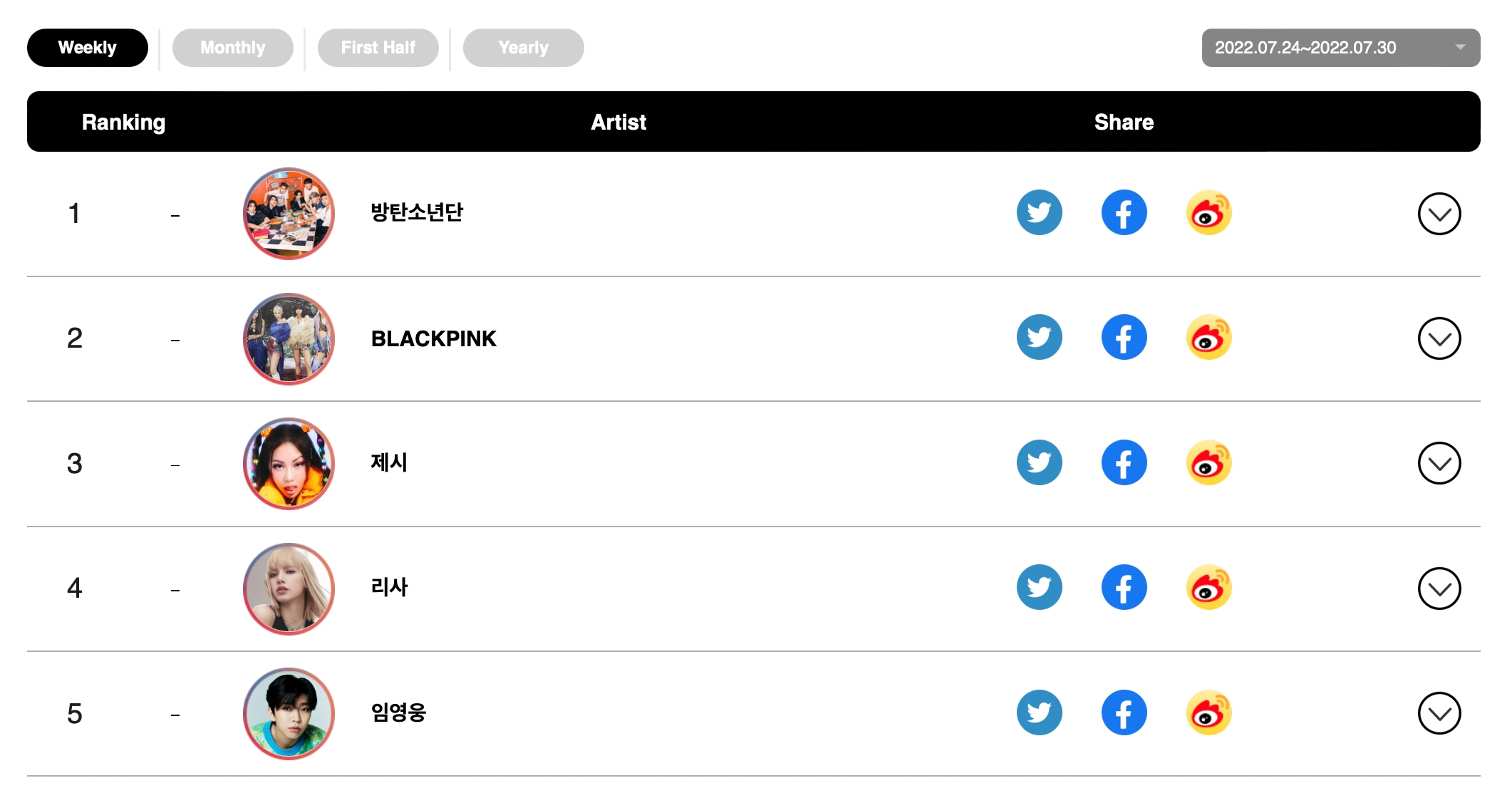