WKS ENE has announced the disbandment of BOTOPASS.

With the eight members going their separate ways, member Mihee who competed on MBC’s “My Teen Girl” has renewed her contract with the agency. On the other hand, Jiwon, Seoyoon, and Cui Xiang have terminated their contracts. 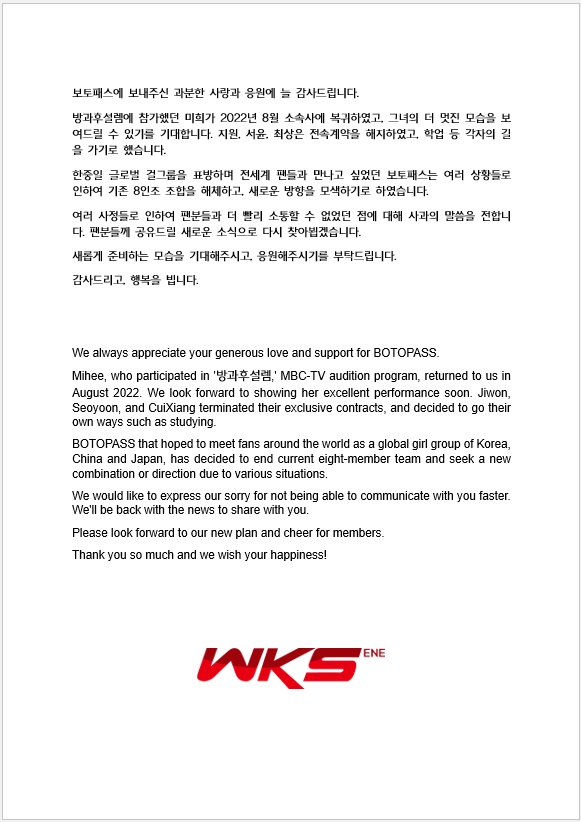 BOTOPASS debuted on August 26, 2020 as an eight-member group, including three members of the former girl group ILUV (Jiwon, Seoyoon, and Cui Xiang). The group’s initial debut was delayed after former ILUV member Minah came forward to accuse ILUV members of harassing her. ILUV’s representatives stated her claims were false and took legal action against Minah for defamation but the charges were eventually dropped.

Wishing the BOTOPASS members all the best!

BOTOPASS
How does this article make you feel?