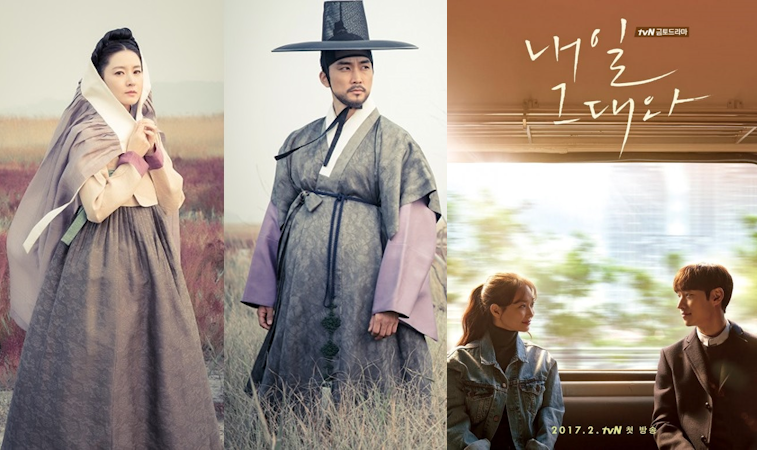 KBS, SBS, And More Reveal Their Exciting Plans For New Drama Premieres In 2017

2016 was a great year for dramas. It gave us hits like “Descendants Of The Sun,” “Moonlight Drawn by Clouds,” “Romantic Doctor Kim,” “The Legend of the Blue Sea,” and “Goblin.” But don’t expect things to slow down in 2017! Here are several upcoming dramas to look out for this year.

From KBS’s lineup of new shows, “Perfect Wife” is receiving the most buzz. Taking over the Monday-Tuesday 10 p.m. time slot in February, “Perfect Wife” is about an ordinary housewife and mother of two named Sim Jae Bok, who decides to fight against a dead-end life with no money, love, and luck. The main character will be played by Ko So Young, and marks her anticipated return to acting after a 10-year hiatus. 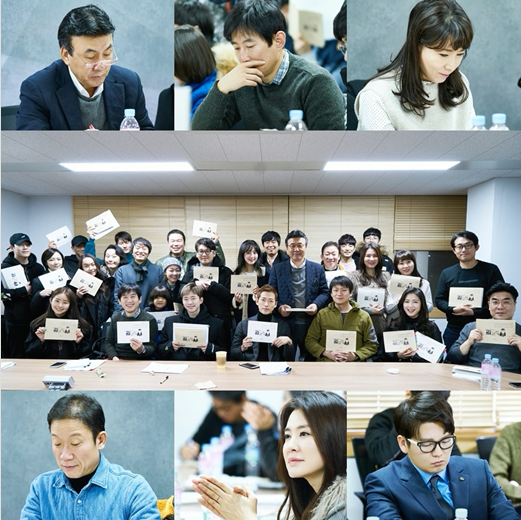 KBS’s lineup also includes four-part drama “Naked Fireman” (literal title), office comedy “Chief Kim” starring Namgoong Min, a story about a comatose chaebol titled “Are You Human” (working title), factual documentary drama “Korean History,” and many more. KBS is also bringing back its “School” series, known for launching the careers of many Hallyu stars, with “School 2017.” Fans of classic Korean dramas can also look forward to the sequel to the iconic “Winter Sonata” this year. To top it all off, KBS plans on remaking the popular American crime drama “Criminal Minds.” 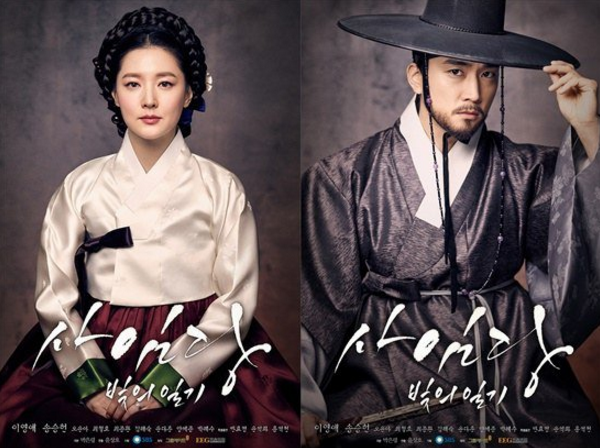 Many expect “Saimdang Light’s Diary” to be SBS’s biggest drama in 2017. Lee Young Ae will be making her long-awaited return to acting with a double role as Joseon’s best female artist, Saimdang, and Korean art history lecturer Seo Ji Yoon. Joining her is fellow Hallyu star, Song Seung Heon, as Saimdang’s love interest. “Saimdang, Light’s Diary” is SBS’s biggest production of the year, with its 21.6 billion won (approximately $17.9 million) budget and filming that took place from August 2015 to June 2016. “Saimdang, Light’s Diary” will premiere on January 26, taking over the Wednesday-Thursday 10 p.m. time slot. 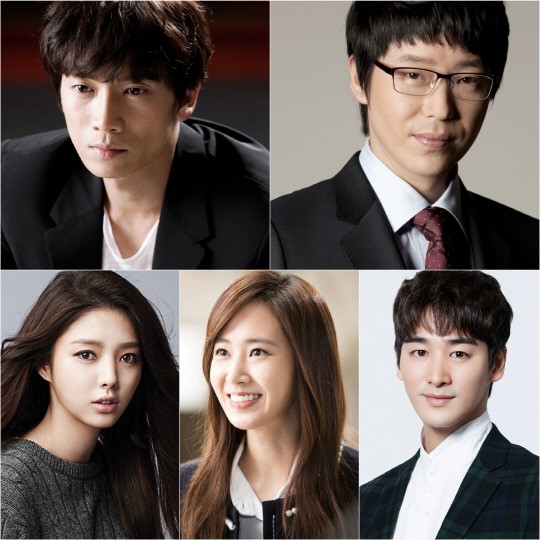 SBS isn’t stopping there though! Their 2017 lineup also includes Ji Sung and Girls’ Generation’s Yuri’s “Defendant,” a story about a prosecutor falsely accused of killing his family. Ji Sung’s wife, Lee Bo Young, will also be working with SBS, as she returns to acting by starring in the suspense melodrama, “Whisper” (literal title). Many are anticipating the couple’s domination under the same network. For the teens and young adults, “Pinocchio” and “I Hear Your Voice” screenwriter Park Hye Ryun is returning with “While You Were Sleeping” (working title), starring Lee Jong Suk and Suzy. Lastly, screenwriter Kim Soon Ok, will make her return with “Sister Is Alive” (literal title). 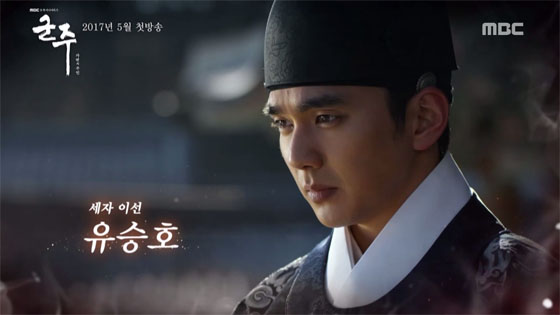 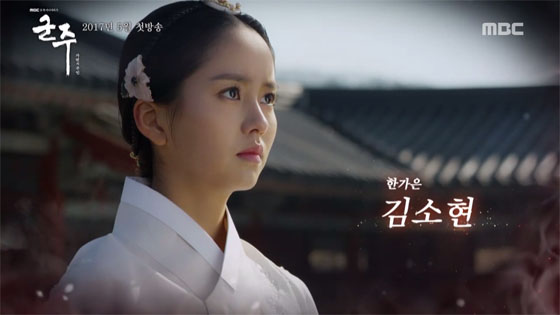 Don’t count out MBC from this year’s race! They will be releasing “Ruler: Master of the Mask” (literal title), starring Yoo Seung Ho and Kim So Hyun in May. Set in the 18th century Joseon Dynasty, Yoo Seung Ho’s character, Crown Prince Lee Sun, fights for his people against an organization monopolizing the country’s water supply. Many are waiting to see if “Ruler: Master of the Mask” will create a popularity surge for Yoo Seung Ho, much like what “Moonlight Drawn by Clouds” did for Park Bo Gum. 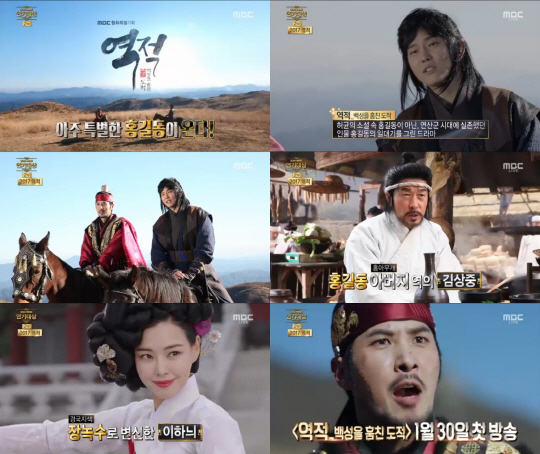 MBC has two more historical dramas in store as well. First, “Rebel: Thief Who Stole the People” (literal title), starring Yoon Kyun Sang, Chae Soo Bin, Kim Ji Suk, and Honey Lee, is about the life of Hong Gil Dong, an iconic thief from the Joseon Dynasty. Second, “The King Loves” (working title), stars ZE:A’s Im Siwan and Girls’ Generation’s YoonA. Set in the Goryeo Dynasty, the tragic romance drama is about Im Siwan and his childhood friend as they both fall in love with a beautiful woman (played by YoonA). Besides historical productions, MBC is also releasing office comedy “Self-Illuminating Office” (working title), and “Missing 9,” a mystery drama about a plane crash that leaves nine people stranded on an uninhabited island. 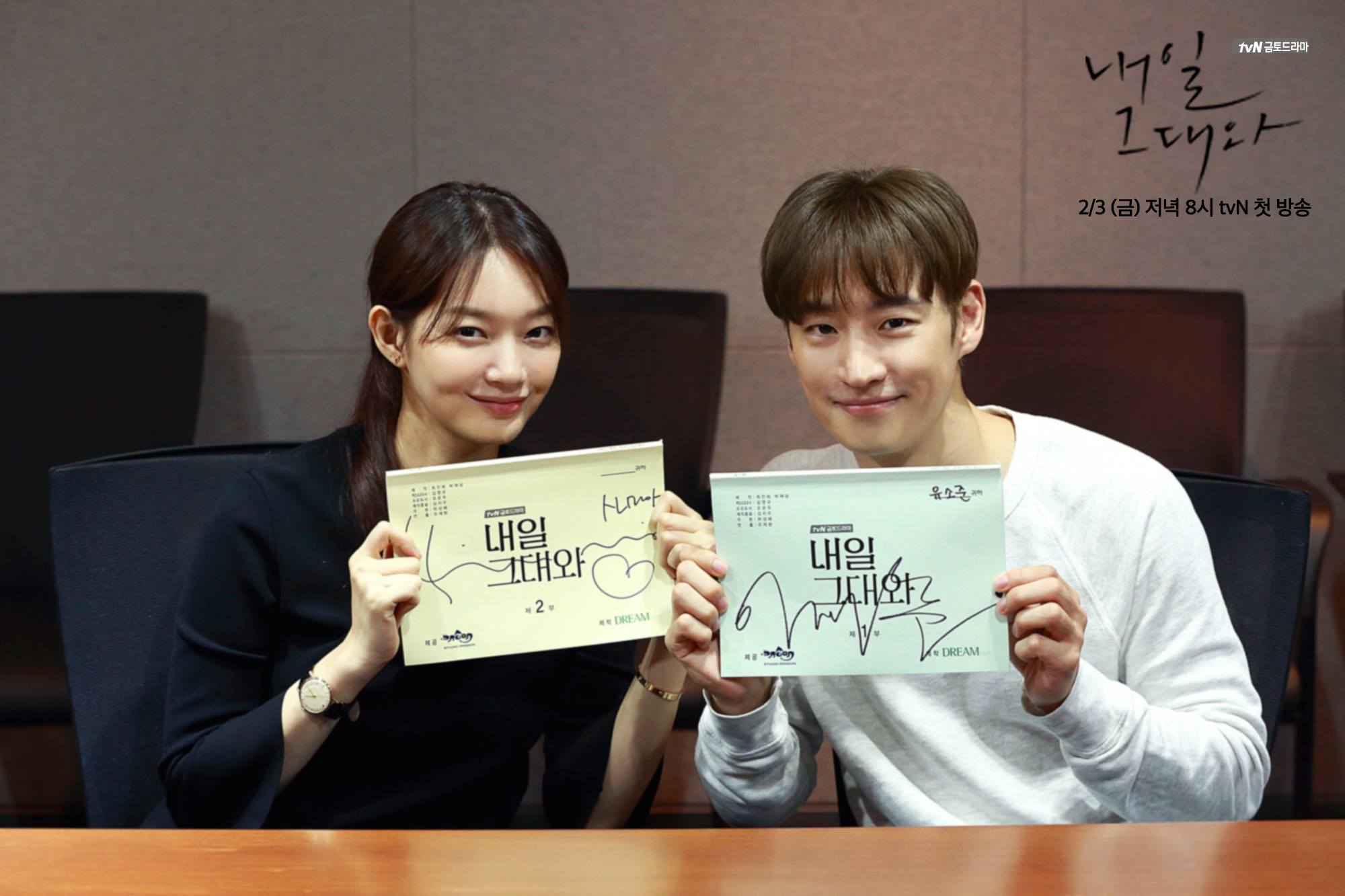 After “Goblin” ends, tvN has “Tomorrow With You” in store for viewers in February. Starring Shin Min Ah and Lee Je Hoon, the drama will be about a time traveler and his wife. As the follow-up to a mega-hit drama, many are anticipating “Tomorrow With You,” and are looking forward to Shin Min Ah and Lee Je Hoon’s chemistry. The first episode will premiere on February 3, 2017 at 8 p.m. KST. 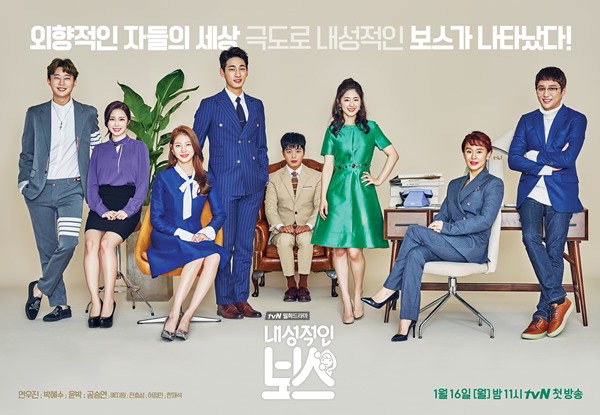 Up first in tvN’s 2017 lineup is “Introvert Boss,” which will air on January 16 at 11 p.m. KST. The story revolves around lead actor Yeon Woo Jin’s character, an extremely shy CEO of a big public relations agency. “The Moon Embracing the Sun” and “Kill Me, Heal Me” screenwriter Jin Soo Wan will return with “Chicago Typewriter” (working title). “Incomplete Life” screenwriter Jung Yoon Jung will also make her return with “Bride of the Water God,” a drama adaptation of the popular manhwa of the same name. Lastly, tvN plans on releasing a remake version of Japanese movie and manga series, “Kanojo wa Uso o Aishisugiteru” and a remake of the 2010 Japanese drama, “Mother.”

If you thought 2016 was an amazing year for dramas, get ready to be slayed by what 2017 has in store!