Gaon Chart has revealed its chart rankings for the week of September 20 to September 26!

The Boyz topped this week’s digital download chart with their new title track “The Stealer,” which debuted at No. 1. EXO’s Baekhyun’s “Every Second” (from the OST of tvN’s “Record of Youth”) entered the chart at No. 2, followed by BTS’s “Dynamite” at No. 3 and Kim Ho Joong’s “Lover” at No. 4. Finally, Chungha and Danish singer Christopher’s new collaboration “Bad Boy” debuted on the chart at No. 5. 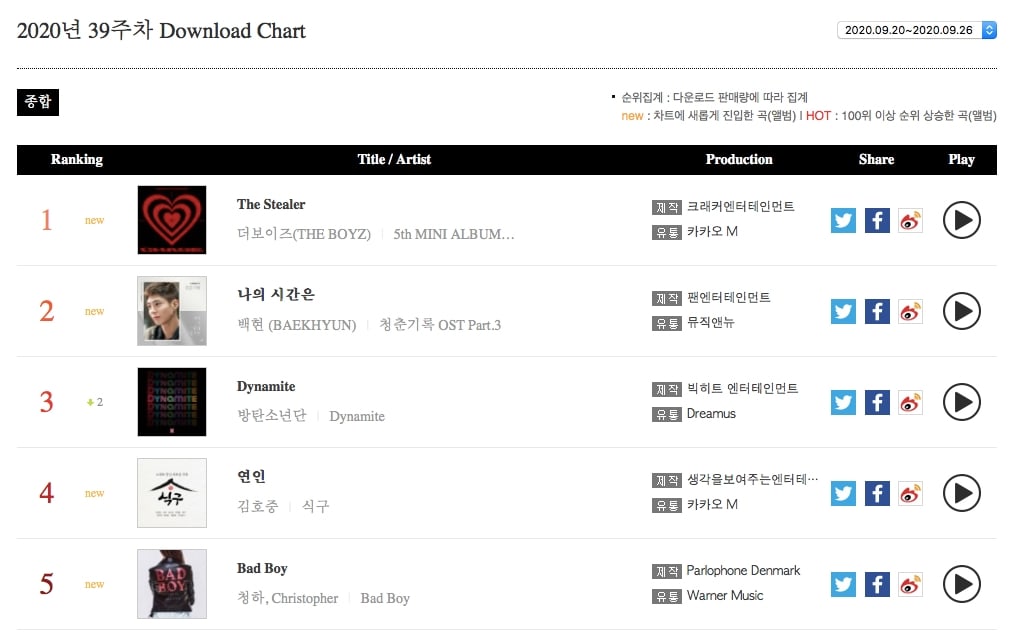 BTS achieved a double crown on this week’s Gaon charts after topping both the overall digital chart and the streaming chart with “Dynamite” for the fifth consecutive week.

B1A4’s Sandeul’s “Slightly Tipsy” held onto its spot at No. 2, while Jessi’s “NUNU NANA” similarly maintained its position at No. 3. MAMAMOO’s Hwasa‘s “Maria” came in at No. 4, and Park Jin Young’s duet with Sunmi, “When We Disco,” rounded out the top five for the week. 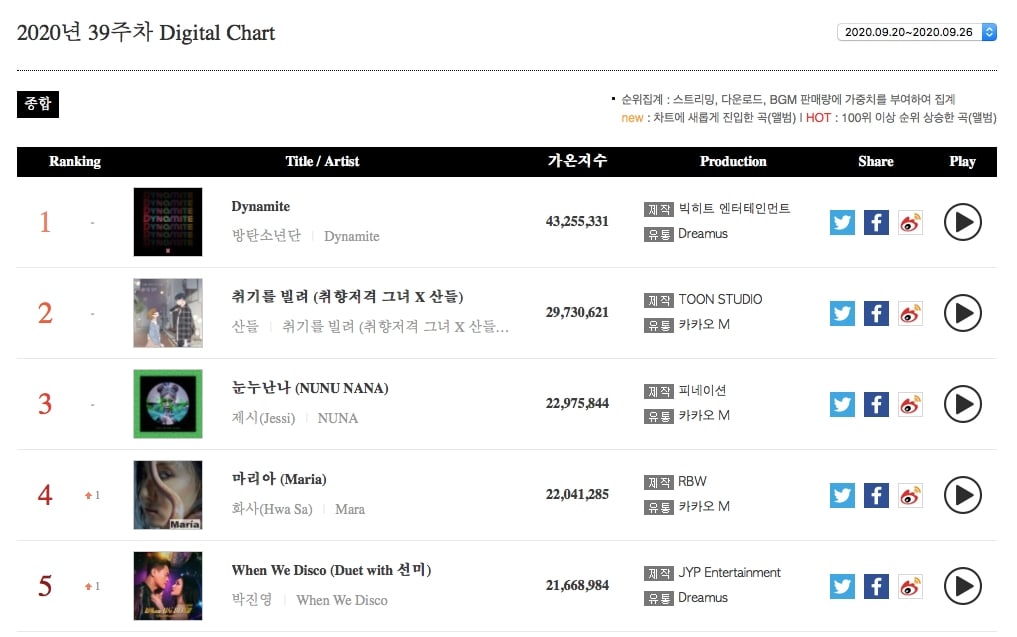 The top four songs on this week’s streaming chart were exactly the same as the top four on the overall digital chart: BTS’s “Dynamite” remained No. 1, with Sandeul’s “Slightly Tipsy” at No. 2, Jessi’s “NUNU NANA” at No. 3, and Hwasa’s “Maria” at No. 4. Finally, SSAK3’s “Beach Again” came in at No. 5. 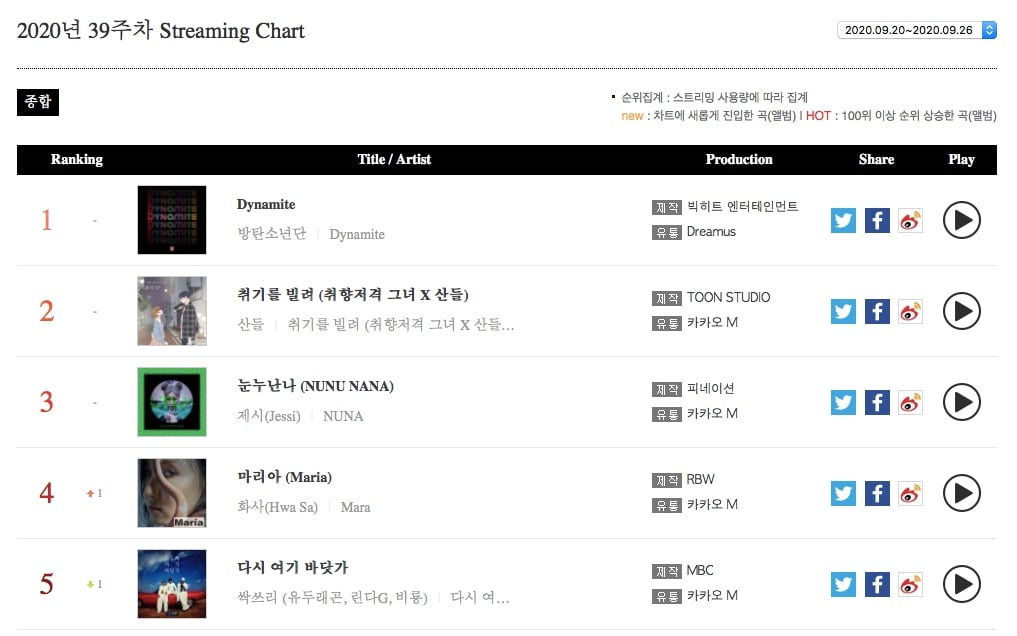 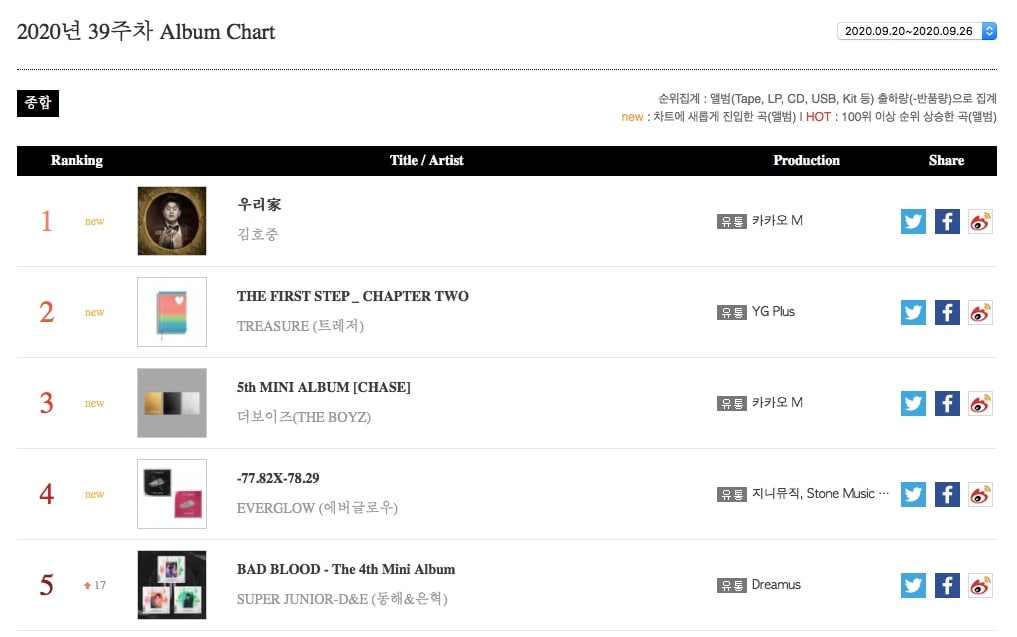 BLACKPINK remained No. 1 on Gaon’s Social Chart 2.0 for the 18th consecutive week, followed by trot singer Im Young Woong at No. 2. BTS held onto their spot at No. 3 this week, with SHINee’s Taemin rising to No. 4 and Yang Joon Il staying strong at No. 5. 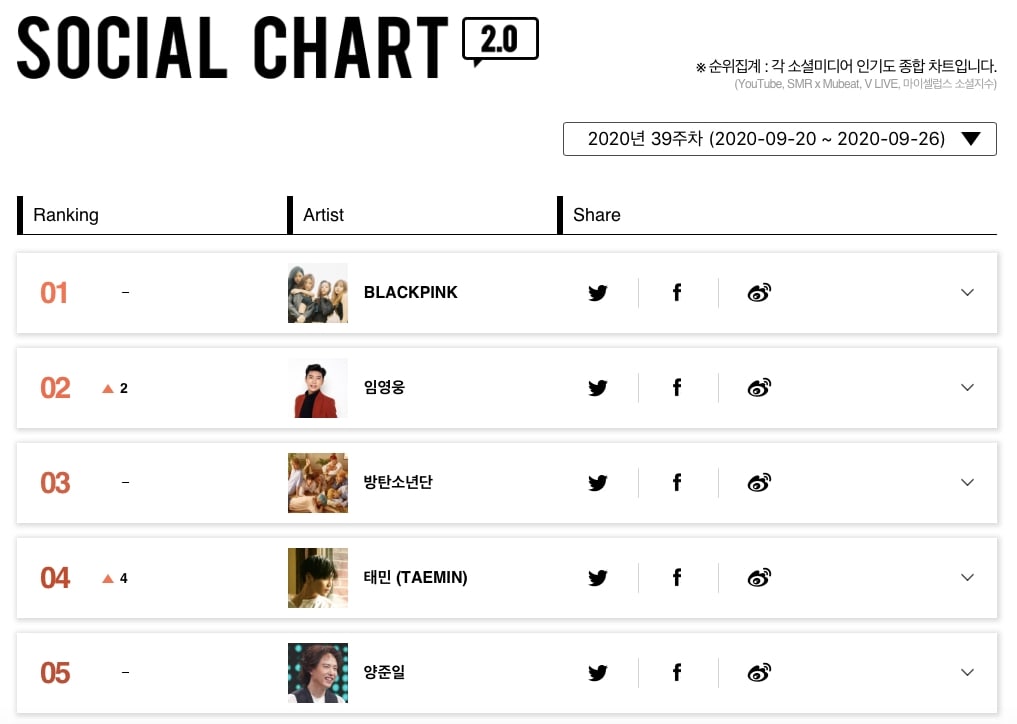