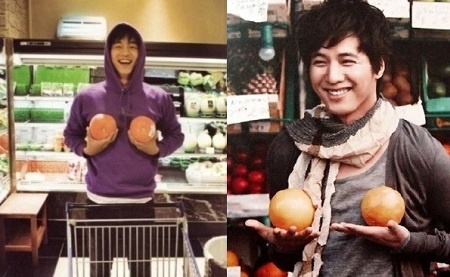 Male actors tend to show only charismatic, suave, and sexy sides of themselves on screen. Well… here are some photos that show their more funny and down-to-earth (?) nature. Recently, hilarious and embarrassing photos of males were posted on an online community website under the title “Funny Photos of Handsome Male Stars.”

▲ Won Bin attracted the attention of netizens with his suspicious hand position… is he picking his nose?!

▲ Jo In Sung dozing off at an Awards ceremony and making a funny pose dressed in underwear!

Park Hye Il dressed up in…

Netizens who have seen the photos have reacted, “Even looks like these are acceptable,” “Won Bin’s photo is the legend!,” “Even if photos like these get revealed, it’s not embarrassing for handsome people.” What are your thoughts about the photos? �de09