JTBC’s “Stage K” has officially crowned its “King of Kings”!

The June 23 episode of the K-pop dance cover show featured both the semi-final and final rounds of the competition, with the winning teams from previous episodes going head-to-head to secure the title of “King of Kings.”

The episode began with the final face-off of the quarter-final round, which pitted Team Russia from EXID’s episode against Team Japan from EXO’s episode. Team Russia performed EXID’s “Hot Pink,” and Team Japan danced to EXO’s “Love Me Right.”

After the votes were tallied, Team Japan was announced the winner and moved on to the semi-final round.

With only four teams remaining in the competition, Team Sweden from TWICE’s episode and Team USA from iKON’s episode faced off in the first mach of the semi-finals. Team Sweden danced to TWICE’s “Dance The Night Away,” and Team USA rocked to iKON’s “Sinosijak.”

Team USA was announced the winner of this battle, and they waited to find out their opponent for the final round.

The votes from the judges and the audience were almost unanimously for Team Japan, who advanced to the final round to compete with iKON’s Team USA.

The top two teams then faced off in the final round, with Team USA performing iKON’s “Dumb and Dumber” and Team Japan dancing to EXO’s “Ko Ko Bop.” 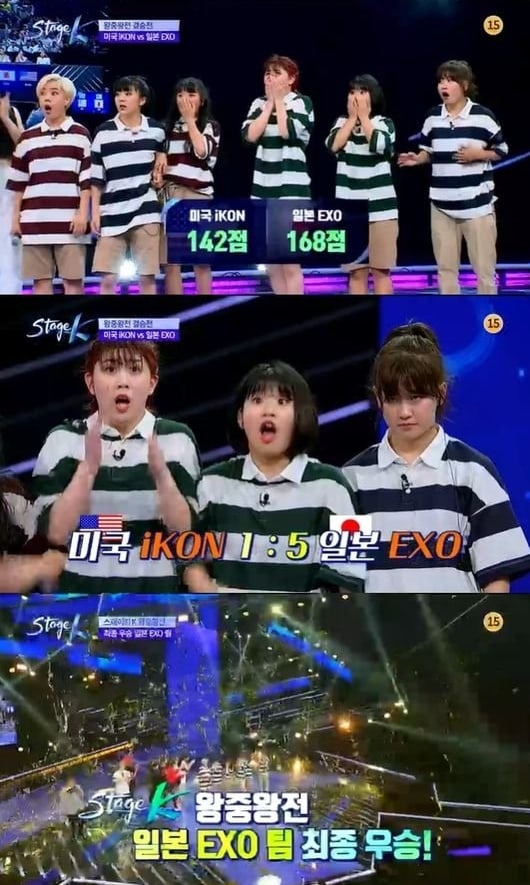