Rain and Park Jin Young not only top the weekly list of the most buzzworthy non-drama television appearances, they also both chart on the ranking twice!

Good Data Corporation has shared its rankings of non-drama shows and appearances that generated the most buzz from December 28 to January 3. The list was compiled from analyzing news articles, blog posts, online communities, videos, and social media posts about 174 non-drama shows that are currently on air or set to air soon.

Rain and Park Jin Young recently collaborated on the duet single “Switch to me,” which came out on December 31. As part of their promotions, the pair has made guest appearances on shows such as JTBC’s “Ask Us Anything” on January 2 and KBS1’s “AM Plaza” on January 1. Their episode of “Ask Us Anything” included a dance battle, Park Jin Young sharing why he quit smoking for Rain, the duo talking about their daughters, and more. 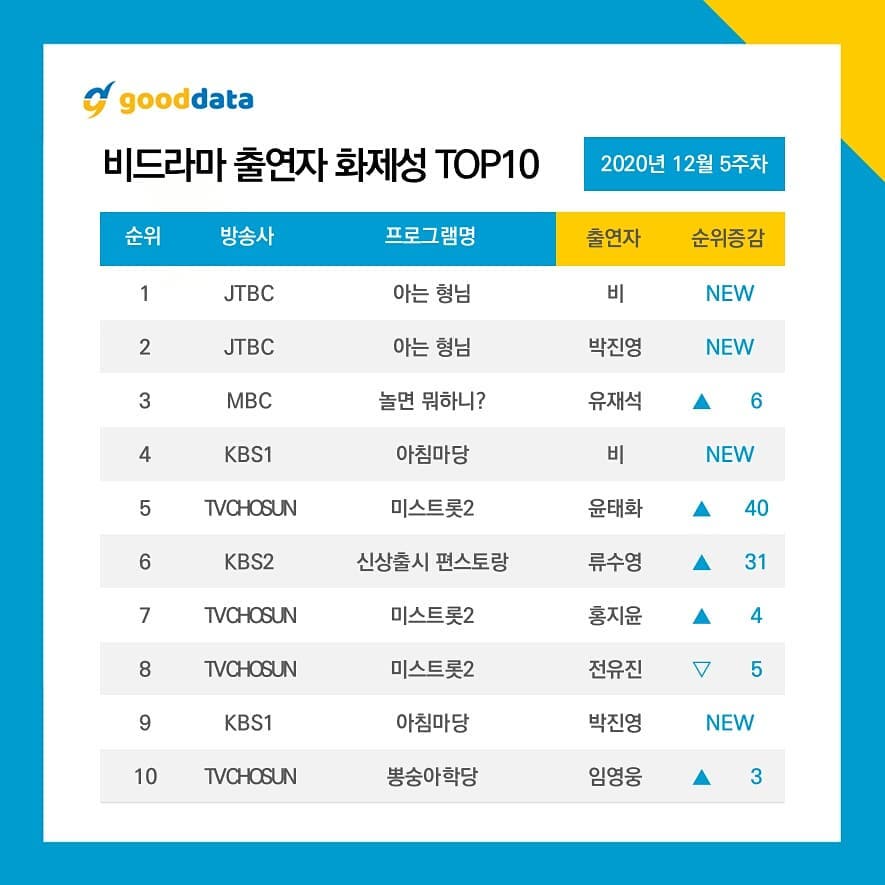 On the list of the most buzzworthy variety shows for the week, “Miss Trot 2” remains No. 1 for a second week in a row. SBS’s “Unanswered Questions” rises 17 ranks to No. 2 after its January 2 episode on the death of 16-month-old Jungin following suspected child abuse.

“How Do You Play?” comes in third, with the show being a hot topic after grabbing several trophies at the 2020 MBC Entertainment Awards and Yoo Jae Suk’s Daesang (Grand Prize) speech being well received online. Its January 2 episode also featured a video from John Legend and more. 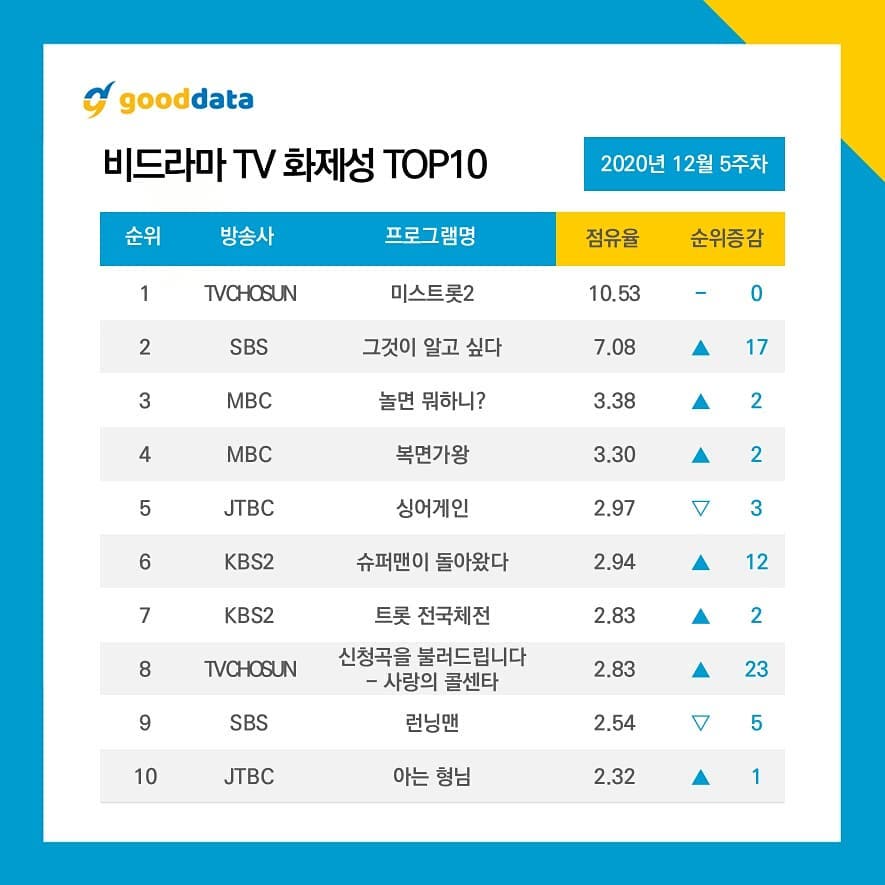