Gaon Chart has revealed its chart rankings for the week of February 14 to February 20!

BTS’s “BE,” which first dropped back in November 2020, shot back up to No. 1 on this week’s album chart following the release of the “Essential Edition” on February 19.

Notably, NCT swept the next four spots on the chart with old releases. The group’s 2018 album “NCT 2018 Empathy” reentered the chart at No. 2, while their more recent album “RESONANCE Pt. 2” came in at No. 3.

After claiming No. 2 on last week’s chart with their 2017 single album “The First,” NCT DREAM saw two more past releases climb back up the chart this week: their 2019 mini album “We Boom” and their 2017 mini album “We Young” reentered the chart at No. 4 and No. 5 respectively. 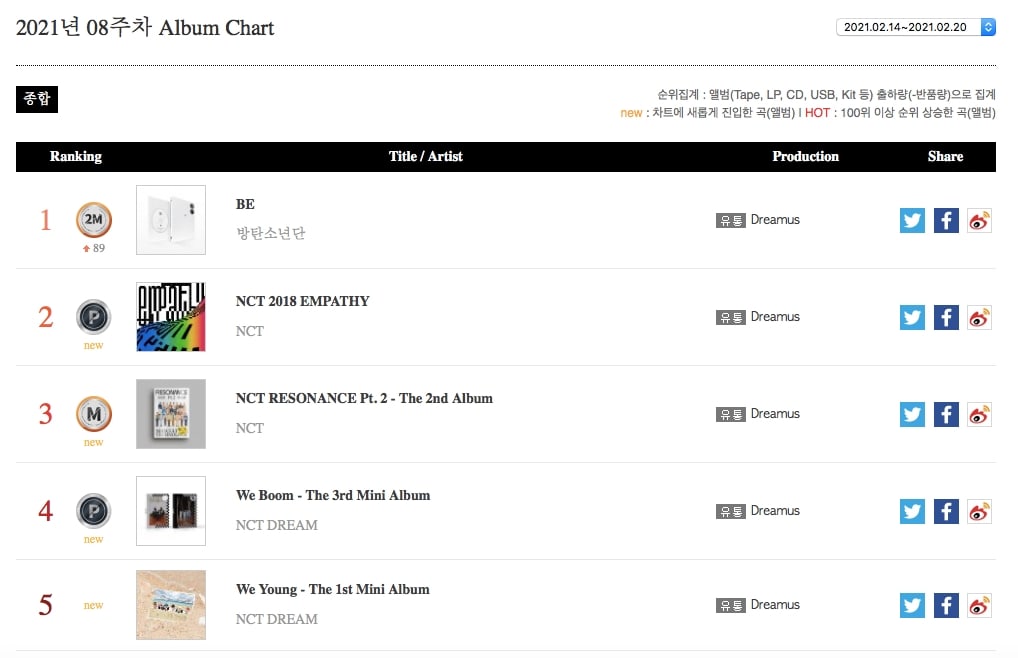 IU’s latest hit “Celebrity” maintained its double crown this week, topping both the overall digital chart and the streaming chart for the fourth week in a row.

Kang Daniel’s new single “PARANOIA” debuted at No. 2 on the overall digital chart, followed by KyoungSeo’s “Shiny Star (2020)” at No. 3 and BTS’s long-running hit “Dynamite” at No. 4.

Finally, “Show Me the Money 9” rappers Mirani, Munchman, Khundi Panda, and MUSHVENOM’s hit collaboration “VVS” (featuring JUSTHIS and produced by GroovyRoom) rounded out the top five for the week. 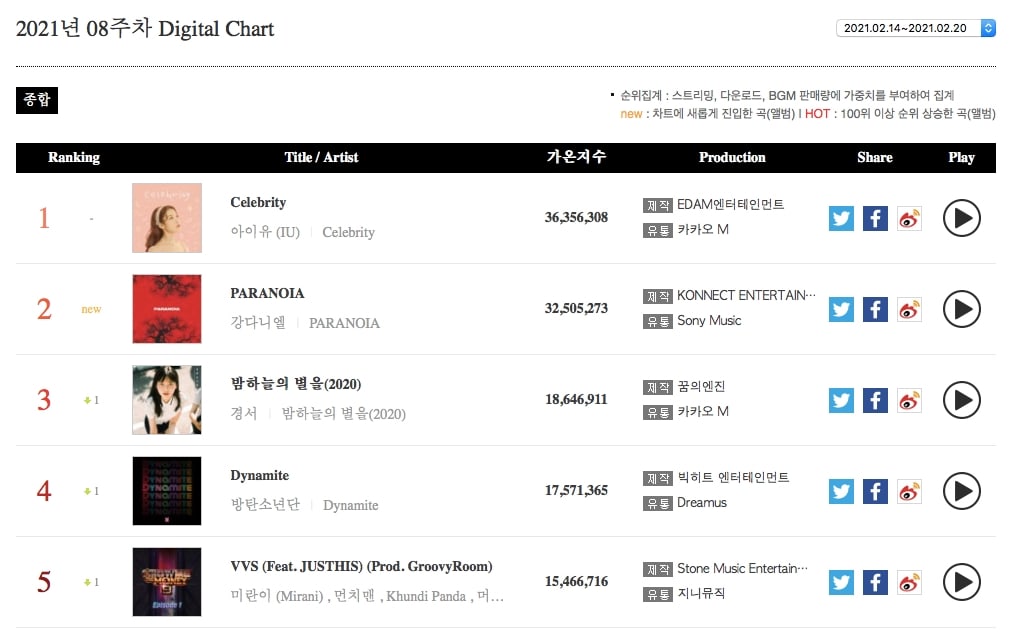 Kang Daniel topped this week’s digital download chart with “PARANOIA,” which debuted at No. 1. SECHSKIES’s “Don’t Look Back” stayed strong at No. 2, while IU’s “Celebrity” rose to No. 3. 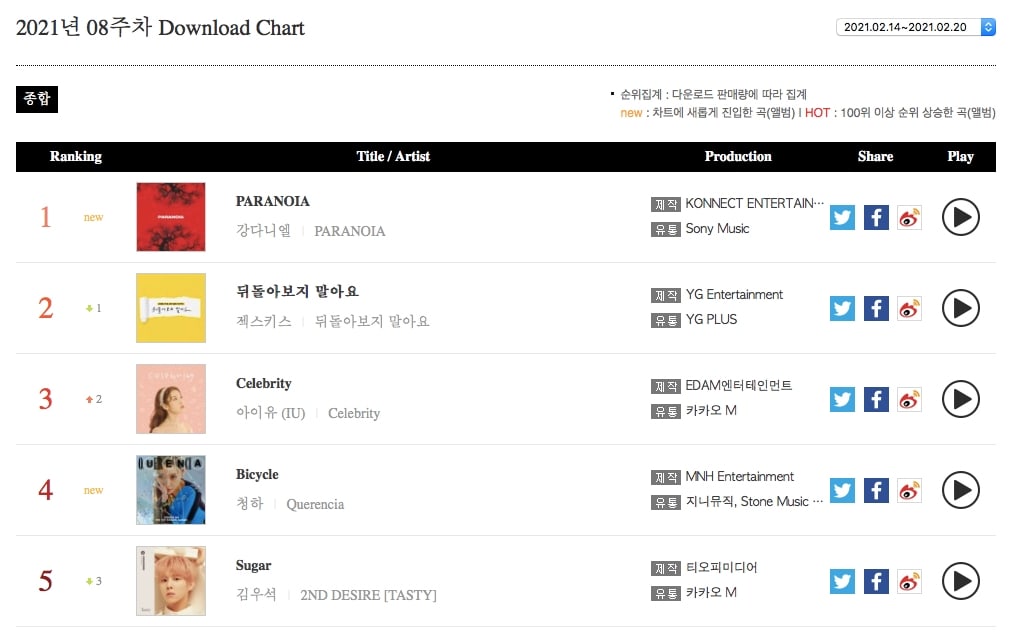 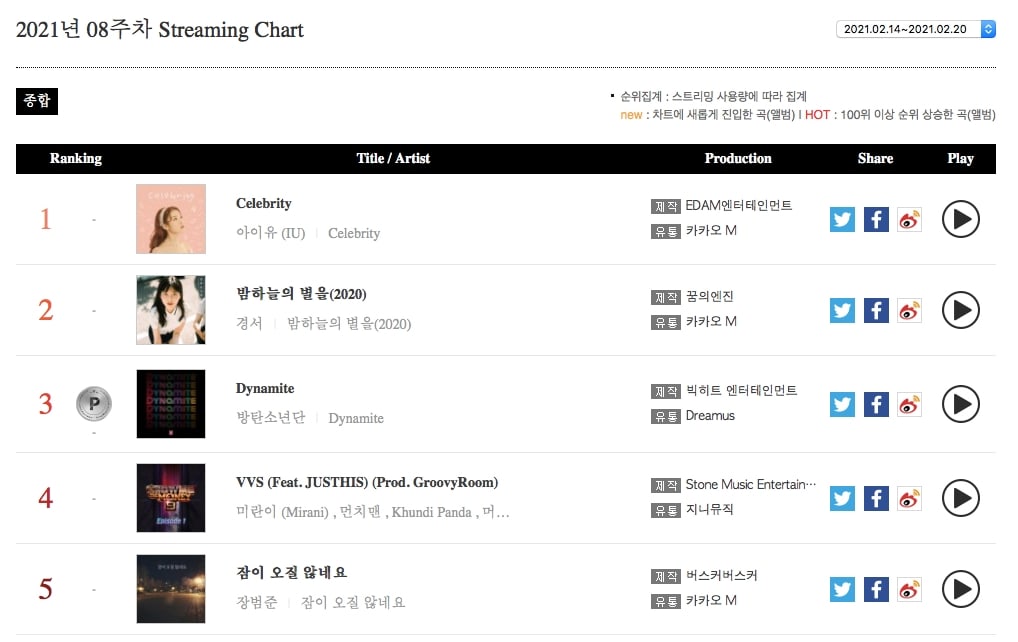 BLACKPINK held onto their spot at No. 1 on Gaon’s Social Chart 2.0 this week, while BTS and Im Young Woong also maintained their respective positions at No. 2 and No. 3. Kim Ho Joong rose to No. 4 for the week, and Young Tak rounded out the top five. 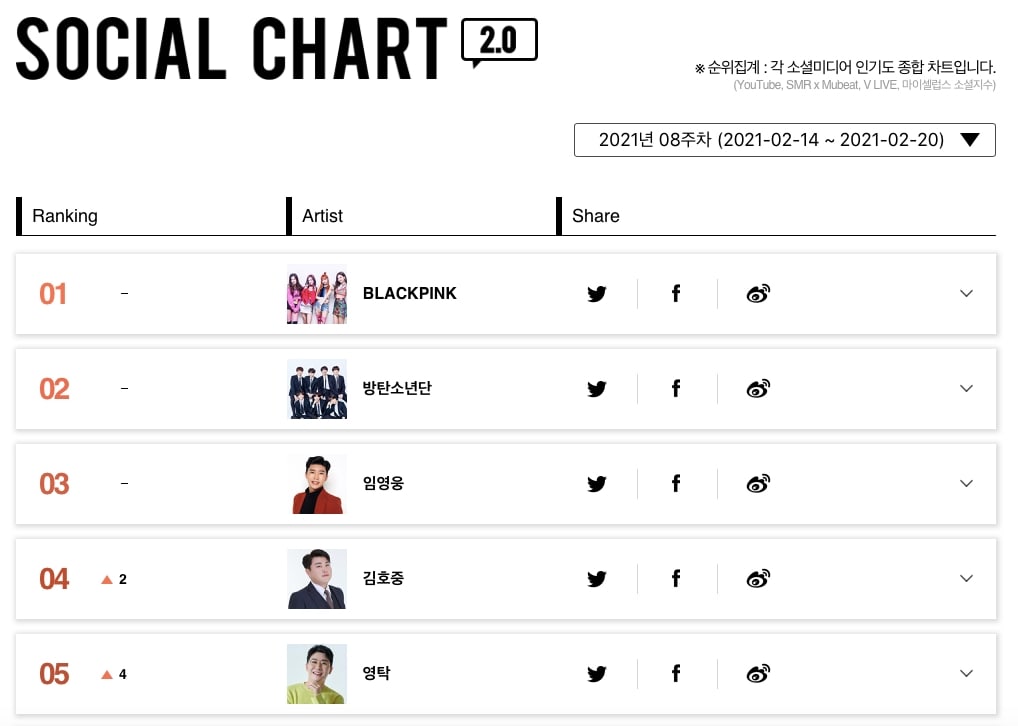 Watch IU in her latest drama “Hotel Del Luna” with subtitles below: